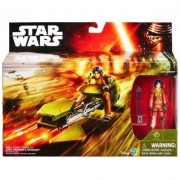 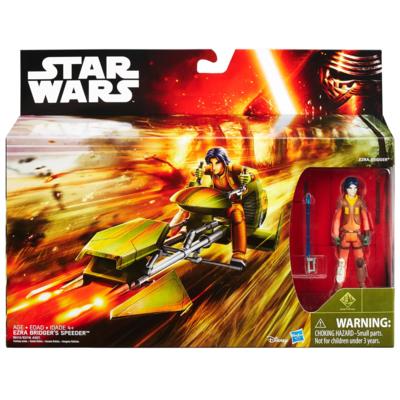 Launch into action and adventure in the world of Star Wars! Once a lone street urchin, stealing to survive on Lothal, Ezra Bridger has been taken in by the crew of the Ghost and is now a determined freedom fighter, playing a critical role in the Rebellion against the Empire. With the help of his master Kanan, Ezra is well on his way to becoming a Jedi, using the Force to fight the Imperial opposition that would destroy the galaxy.

Imagine epic Star Wars battles with this Ezra Bridger figure and Speeder. Discover exciting stories of good versus evil in a world of heroes, villains, and aliens, all within the Star Wars universe. Collect and battle with these and other figures and vehicles from Star Wars. Each sold separately.

• Ages 4 and up
• WARNING: CHOKING HAZARD – Small parts. Not for children under 3 years.